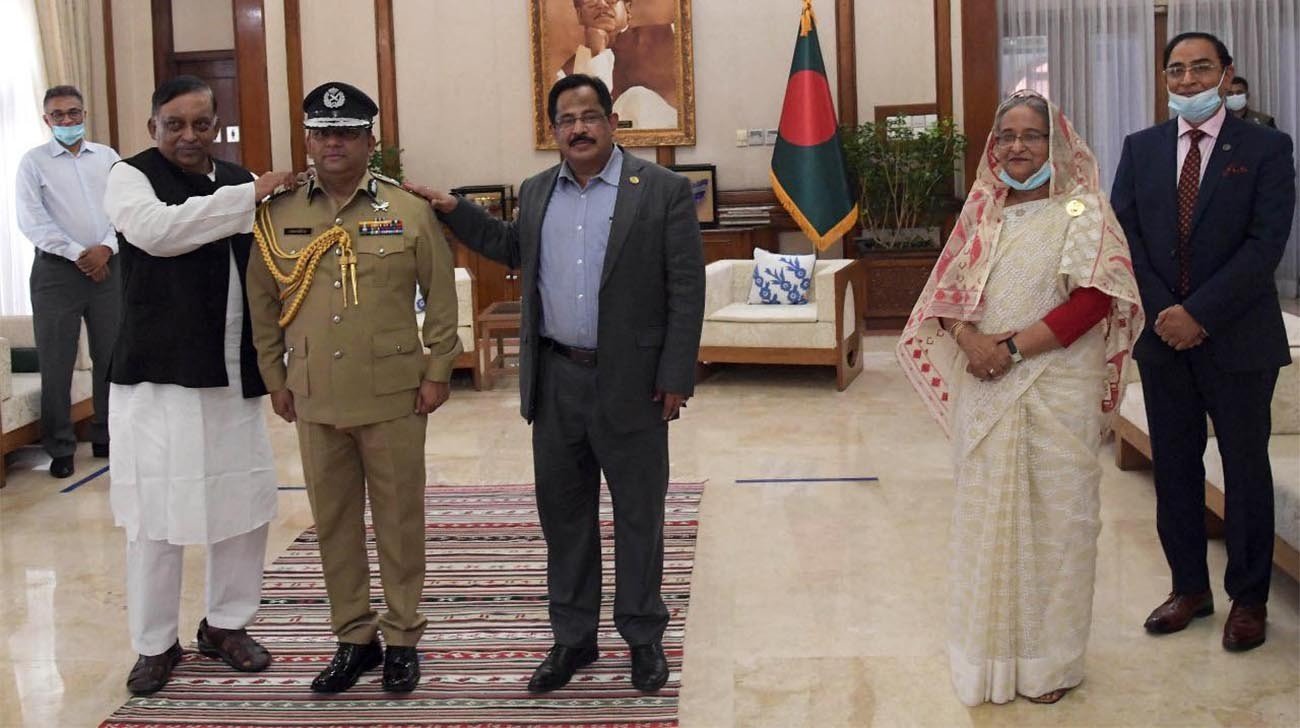 Home Minister Asaduzzaman Khan completed the formalities at the Gono Bhaban around 10:30am in the presence of Prime Minister Sheikh Hasina, said a press release.

Later, Benazir Ahmed paid tribute to Father of the Nation Bangabandhu Sheikh Mujibur Rahman by placing wreaths at his portrait in front of Bangabandhu Memorial Museum at Dhanmondi in the capital. High officials of police were present at the time.

On April 8, the government appointed Benazir Ahmed as the new IGP.Read more..